You can watch the brand new trailer in the player below, and then let us hear your thoughts in the comments!

Written and directed by Kevin Smith and starring Justin Long (Jeepers Creepers), Michael Parks (Django Unchained), Haley Joel Osment (The Sixth Sense), and Genesis Rodriguez (Identity Thief)., Tusk follows a podcaster who sets out to interview an eccentric, reclusive old seafarer, only to find himself a plaything in the gruesome plot of a deranged killer.

The horror story was inspired by an episode of Smith’s long-running podcast, the award-winning SModcast. 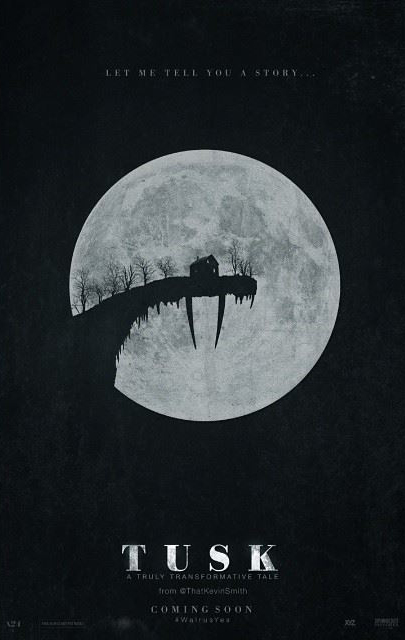