The 5th Annual Halloween International Film Festival is scheduled to return to Kill Devil Hills, North Carolina, October 1-3, 2020, presented by Halloween Daily News, sponsored in part by the Outer Banks Visitors Bureau, and submission fee discounts and a deadline extension have been announced in response to the ongoing hardships as a result of the Coronavirus (Covid-19) pandemic.

In an effort to slightly ease the financial burden faced by so many at this unique time due to the current quarantine restrictions, the entry fee for filmmakers to submit their films to be considered for the 2020 HIFF program will not be increased following the Spring Deadline on April 30, as originally intended and is traditionally the case.

In addition, the Final Deadline for submissions has been extended from June 30 to July 31.

A 20% submission fee discount remains available to all filmmakers with the code “HalloweenDaily”, and a new 60% discount is now available for any films produced entirely or partly in North Carolina. The code for this NC-specific discount will be provided upon request, as interested filmmakers can contact [email protected] to inquire further.

Original independent film submissions are currently being accepted for consideration for the 2020 festival program, through FilmFreeway, the world’s leading online submission platform. Films may be submitted in either the short film category (under 50 minutes) or feature film category (runtime of 50 minutes or more). Click the link below for more information and to submit your film.

Featuring independent horror and Halloween-themed films from around the world, all screenings will once again be held at the R/C Theatres KDH Movies 10 cineplex, including special guest Q&As, Orange Carpet photo ops, and nightly meet and greets. Attendees can RSVP on Facebook here.

The 2020 submission period opened on December 1, 2019, exclusively through FilmFreeway, the world’s #1 way to enter film festivals.

The final deadline for submissions is July 31, 2020. Entry fee waivers are available for eligible locally-produced Outer Banks-based productions upon request.

The 2020 Halloween International Film Festival is sponsored by the Outer Banks Visitors Bureau, Larry Hobbs, OBX Entertainment, Fright-Rags, and The Slasher App, and is presented by Halloween Daily News.

Interested businesses, organizations, and individuals are invited to consider supporting the first independent film festival to be founded and headquartered locally on the Outer Banks, featuring original short and feature length films from around the world and many special guest filmmakers and industry talent in attendance, through an official sponsorship package.

Part of the mission of the festival is to encourage and grow the film industry locally and throughout North Carolina as a viable and sustainable economic boost with countless benefits, including increased visitation and tourism through positively showcasing the area to new audiences.

To find out more about supporting independent film as an official sponsor of the 2020 Halloween Film Festival, please contact organizers at [email protected] today.

You can see 2019 photos from the Orange Carpet here.

Founded in 2016, the Halloween International Film Festival is a Gold-ranked festival on the world’s leading film festival submission platform, FilmFreeway. 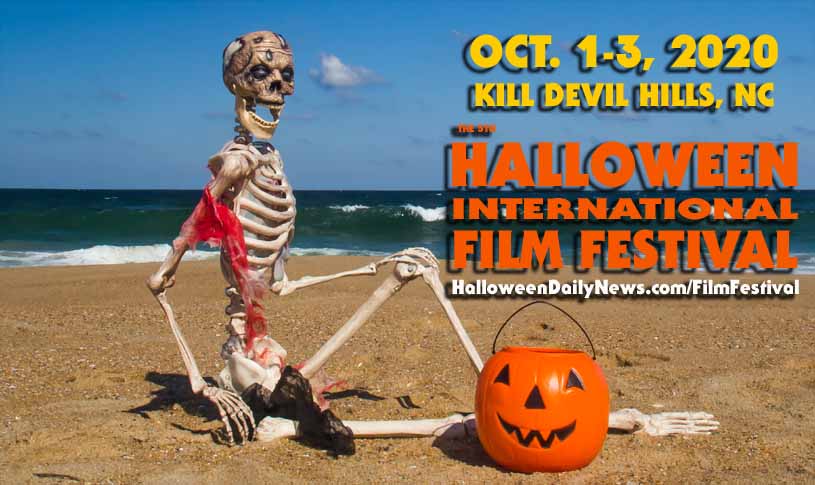