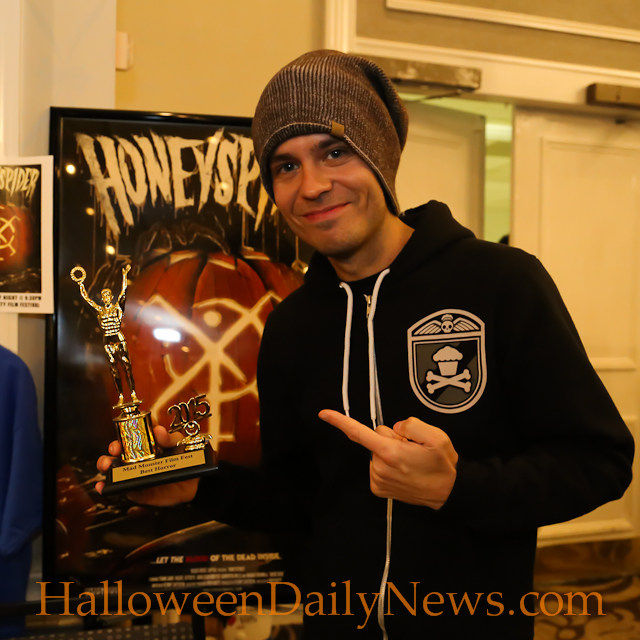 Filmed in and around Hillsborough, North Carolina, the Halloween themed independent movie Honeyspider was awarded the top prize of “Best Horror” at the Mad Monster Party Film Festival this past weekend in Charlotte. The 4th Annual Mad Monster Party horror and pop culture convention returned to Charlotte, North Carolina March 27-29 with another killer lineup of genre favorites, including Batman and Robin icons Adam West and Burt Ward, as well as Tobin Bell (Saw), Danny Trejo (Machete), Gunnar Hansen (The Texas Chain Saw Massacre), and many more. 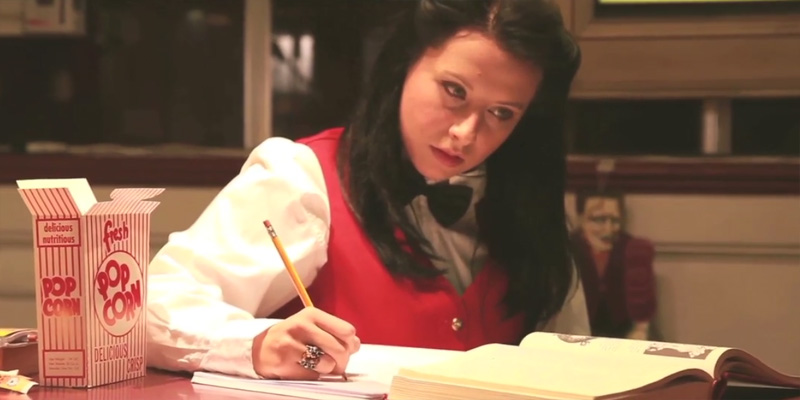 Filmed in and around Hillsborough, North Carolina, we have your first look at the new horror feature Honeyspider, from indie filmmakers Josh Hasty and Kenny Caperton. Set in 1989 on Halloween day, following a college student as she slowly unravels while a mysterious stranger watches over her, you can read the official synopsis below, and then scroll down to view the first ever photos and the official poster!