Filmed in Wilmington, North Carolina, the History Channel’s intense and entertaining SEAL Team drama series Six just concluded its first eight-episode season with an action-packed finale that left viewers in disbelief after a shocking, heartbreaking twist ending, all of which is coming home this week on Blu-ray and DVD.

Following Navy SEAL Team Six, whose 2014 mission was to eliminate a Taliban leader in Afghanistan, their plan goes awry when they uncover a U.S. citizen working as a jihadist fighter with the terrorists.

History recently announced that the series has been renewed for a second season, but as of this writing, we are awaiting official word on if the production will stay in Wilmington.

Six Season 1 will be released on Blu-ray, including Digital HD, and standard DVD tomorrow (Tuesday, March 14).

You can order the Six Season 1 Blu-ray + Digital HD combo pack here or the DVD here! 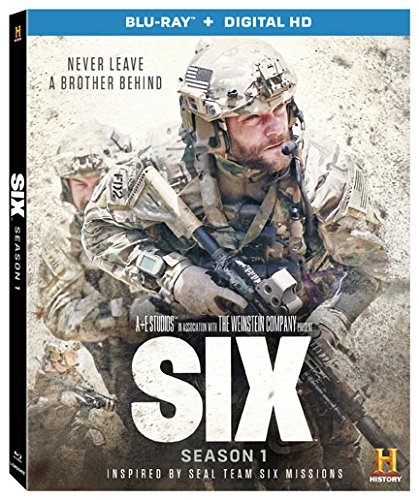