Filmed in Graham and Yanceyville, North Carolina and set in the fictional town of Cedar Rock Falls, North Carolina, the horror thriller Dark Awakening will have its world premiere screening this weekend at the prestigious Cannes Film Market in France.

You can view two official trailers below, and then scroll down to read the full press release and check out the teaser poster!

Café Oscuro Films, in collaboration with Atlantic & Pacific Pictures, are pleased to announce the premiere of their most ambitious project to date, “Dark Awakening” (previously titled Nevermore) at the Cannes Film Market next May 18.

From the executive producer of “The Ring” (Michele Weisler), “Dark Awakening” is a horror-thriller film that takes place in Cedar Rock Falls, a small fictional town in North Carolina where a man (James), his wife (Jennifer) and 7 year-old son (Danny) decide to move temporarily after the death of James’ mother. Soon, The Familybegins to experience strange episodes of frightening apparitions in the house, including those of dead children.

The film is co-written and directed by renowned director and special effects’ artist Dean C. Jones. Emmy Award winner, Mr. Jones has been actively involved in productions such as “Poltergeist,” “Poltergeist II,” “Star Trek,” “X-Men First Class” and “Pirates of the Caribbean,” among several others.

Legend of the genre and three-time Golden Globe nominee actor, Lance Henriksen, acts in the film as Father Donovan. Best known for his roles in ‘Alien’ and FOX’s “Millennium,” Mr. Henriksen is the perfect complement to a talented cast that includes Jason Cook (Days of our Lives and General Hospital) and Valerie Azlynn (Sullivan & Son and The Big Bang Theory), as well as model and Olympic medalist Lauren Sesselmann and little actor William Pifer in the role of Danny; both making their feature-film acting debut.

Filming of “Dark Awakening” took place in the Alamance County in the State of North Carolina for an entire month, giving the opportunity to many local residents to be cast in supporting roles throughout the movie.

Recently, the marketing team released the film’s official trailer and teaser, as well as the first promotional posters with amazing feedback from fans all around the world on the film’s social channels.

“Filming Dark Awakening was one of the most rewarding experiences of my entire career. I had a lifetime dream that started at College, became a great idea a couple of years ago in Bogota, Colombia and then materialized as a production company in the US. Being able to work on such large and ambitious project as ‘Dark Awakening’ and then see it come to Cannes is just phenomenal. Hand in hand with our partners and co-producers, and the entire collaborative team, keeping our focus and working very hard every day, today, we are very proud of the final product and very confident Cannes will open a lot of doors not only for the film but for other projects in the pipeline.”

Hand in hand with Hollywood producer Robbie Little and his company The Little Film Company (Dark Awakening’s official sales agent), Café Oscuro Films and Atlantic & Pacific Pictures hope to secure a larger distribution deal as the movie shows at the Cannes Film Market, held in conjunction with the Cannes Film Festival, one of the highest profile film showcases in the world.

After closing a distribution deal, hopefully for as many territories as possible, “Dark Awakening” is expected to come to theaters for audiences to enjoy a world-class independent horror film that will leave viewers wanting more. 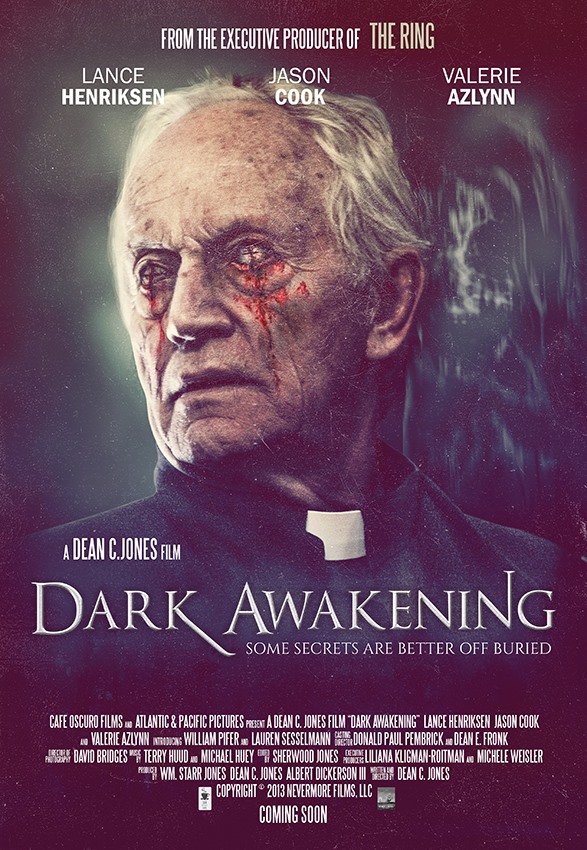