Curfew is the latest independent feature film from The INDEE, based in Gastonia, North Carolina. Filmed in Gastonia, it is the story of a woman who learns the hard way that no one should ever stay out past their curfew.

We recently caught up with Curfew lead actress and North Carolina native Candace Blanchard to discuss making the film, the ongoing crowd funding campaign to help secure distribution, and the physical and emotional demands of her role.

Read on for our full interview with Charlotte, North Carolina actress Candace Blanchard!

“About a year ago, I met Richard Clark Jr., who is the director of Curfew and he’s also one of the partners at The INDEE, which an independent film studio in Gastonia,” Candace told us of how she got involved with the film. “At the time I was running an event for actors and filmmakers in Asheville, and he was our guest speaker. We just kind of hit it off and stayed connected over the next six months.

“He had this film that was going to be their first feature coming out of the studio. He approached me about the role, and it started from there.”

While Curfew is a scary, brutal horror film in every sense, Candace told us it was the script that first attracted her to the project.

“It’s a sexy Hitchcock-style thriller,” she said. “My character, Janet Miles, has had a hard time and hasn’t been able to make her way up the corporate latter. She decides in order to get her promotion she needs to seduce her boss. We can just say that she ends up in the wrong place at the wrong time once the curfew hits.

“The curfew is in place because there have been two women who have been killed in the town.”

Blanchard said it was a new challenge to play the tortured Janet.

“It was a very demanding role,” she said. “I had my acting training in Asheville, a guy named Jon Menick, who has been my acting mentor for four years, and he teaches a lot of method. So I knew going into this character that it was going to require a lot for me to transform, to actually become Janet.

“For something like this, I don’t feel like it’s something you can just do. You know, there are some roles that you can just do, but it took me a lot of time to find Janet and to become Janet.

“It was very demanding physically and mentally. It was emotionally draining.

“We shot for 17 days. Half of them were day shoots, the other half were night shoots, so there was a lot of physical demand not just in the character, but also as far as stamina and changing schedules, working nights. There were a lot of aspects to the shoot and the character that I really had to dig deep, but I had a lot of support, so it was really nice.”

Despite the extreme circumstances Janet finds herself in, Candace told us she could identify with the character even in her everyday real life.

“I think the underlining story is about making the right choices,” she said. “I think it just shows you that every choice you make has a reciprocating consequence, and I think that’s something that we can think about in our everyday life. We go throughout our day making choices every day, and making the wrong choice or the right choice can completely change the outcome of your life going forward.

“The fact that Janet makes this choice in her career that she’s not making it on her own and she’s kind of persuaded by a friend of hers, I think a lot of people are persuaded by peer pressure into doing things that maybe their core beliefs and values wouldn’t have them do. But she’s persuaded into ‘This is your only option.’ So I definitely feel like we’ve all been in situations where we have to make decisions sometimes that are hard or difficult choices to be able to accept the consequences.”

The INDEE has a number of projects in production in the state, and Candace says that their emphasis on the story is one of the things that sets them apart.

“People think about North Carolina and independent filmmaking, and they don’t think there’s a quality there or they think it’s not up to standards in L.A. or other markets,” she said, “but I think what these guys (The INDEE) have done is, with their expertise and experience, they’ve brought together a great group of people as far as core crew members they typically stick with.

“I think their stories are great. A lot of times in these kinds of films, maybe you think you’re shooting on a Red so you’re shooting a really good film, but it doesn’t really have to do with the camera. People fall in love with the story and the character, so I think both Richard and Ryen (Thomas) being writers is the great foundation of their films being so successful. It is a great story. It’s something that draws people in, and these characters are characters that people want to know more about.

“That’s what was so big for me on Curfew, it’s that I loved the story. I loved the character.”

Of course, being a working actress in North Carolina, we had to ask Blanchard about her thoughts on the state’s ongoing film tax incentive debate.

“I think from a political standpoint, they see the money going out, but I don’t think they necessarily see the impact these productions have as far as employment and jobs created,” Candace told us.

“There are a lot of entry level opportunities. I think the film industry has been great. I’ve worked a lot in Georgia, and I know Georgia and North Carolina compete a lot. There was a film I was auditioning for a couple years ago that was slated to be in North Carolina when the tax incentive was up in the air, and they honestly picked up and moved to Georgia because you don’t want to invest money in pre-production in North Carolina and then the tax incentive be gone and have to start over completely from scratch in Georgia.

“I think the fact that there’s a chance of it going away, that has probably (already) cost North Carolina jobs. When you don’t understand the value of something like the film industry in North Carolina, it makes these production companies a little bit leery, and there are other states out there that are hungry, that understand the value of these dollars and will be happy to take it.

“Even something like Curfew, you take 17 days, it was shot all in Gastonia; and you think 17 days, three meals each day, the kind of impact that a small independent film can have on a community is huge. Some of these multi-million dollar films can have a substantial impact on a city and in the state.

“I really hope they make this something that can be permanent, so that every year we don’t have to go through this, because I think it hurts North Carolina.” 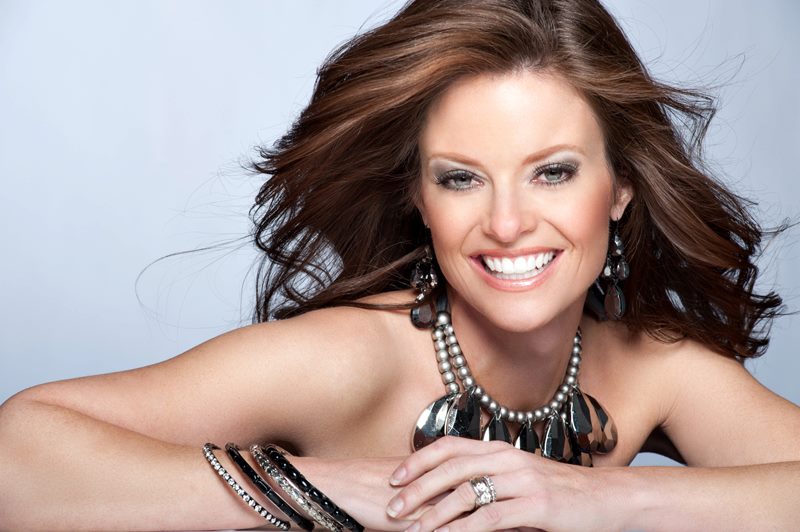 Even with intense scenes of her bloody character running screaming through downtown Gastonia, Candace says the small town rolled out the red carpet for the Curfew production, proud and happy to have them filming locally.

“The nights that we shot scenes in the street,” she said, “the police and the sheriff’s department were all there. They were all super supportive and super nice, because for their local community effort, they saw the value and they saw the income. They saw what this brought to the area.

“The guy that plays my boyfriend in the film is actually a Gaston County commissioner. Not only did we bring money into the area, but we also worked local and used local people. The entire cast and crew is all North Carolina.”

While the film has been completed, the crowd funding Indiegogo campaign is help the producers get distribution for Curfew. If you want to help out the campaign in exchange for some cool perks, click here.

In the end, Candace said viewers can expect a frightening, though-provoking experience that could actually happen in Janet’s terrifying fight to survive.

“It was kind of crazy,” Blanchard recalls of filming. “I was told that the first night we shot, someone actually called the police and thought someone was being attacked.”