John Elvis gets all the best lines on Under the Dome, as the show’s lovable wisecracking skater Ben Drake, the loyal best friend of the hit CBS series’ protagonist, who can’t help but lighten the mood in an otherwise dark town that finds itself cut off from the rest of the world.

“The writers actually told me I’m one of their favorite characters to write for, because I get the cool line, the funny line,” Elvis told us. “It’s such a serious show, I feel like I bring a goofy part that wasn’t there before. I’m pretty happy with how it’s turned out and how things are going.”

We recently caught up with the Fayetteville, North Carolina native to talk about getting Under the Dome, living a dream in Wilmington, and what’s ahead for Ben in Season 2

Read on for our full interview with John Elvis!

“My agency submitted me for the project, and we got the audition invitation,” John recalls of how he got Under the Dome.

Born in Fayetteville, he grew up in Texas, with little memory of North Carolina, until fate brought him back to the state, where the Dome production is headquartered in Wilmington.

“From Texas,” he remembers, “we put the audition on tape and sent it over, and then I tried to forget about it. Roughly two weeks later, I was getting ready for another audition, a live one, actually getting dressed to go to the casting session, and my agent gives me a call. She’s like, ‘What are doing?’ I said, ‘Getting ready for an audition.’ And she said, ‘I don’t think you’re going to make that one. The producers for Under the Dome on CBS want to see you in Wilmington, North Carolina for the part of Ben. We’re going to put you on a plane and they’re going to see you.’

“I was like, ‘What? No way.’ I thought I was being pranked or something.

“I did the audition again in front of them, the same thing I did on tape. They liked it. They had me do it a few different times with different direction each time. And I found out later that night that I got the part.

“I fly back to Texas the next day to pack up all my stuff, and basically from there on I was here (in Wilmington) the whole time shooting. It happened so fast, like I said, I didn’t even have time to be nervous, and I think that kind of helped me out a little bit. I’m very blessed and very grateful.”

Elvis said he had not read the Stephen King book on which the show is based, though he’s working on it now, but he did do some quick internet research on his character that ultimately helped the show’s version of Ben to retain an essential defining trait of the character in the book.

“I am actually listening to the audio book right now,” said Elvis. “I’m maybe a third of the way through. When I found out about the character of Ben, I looked him up online and I saw that in the book he’s a skateboard kid. Me being a skateboarder since I was about 12 years old, I had a good knowledge of skateboarding. I brought my skateboard to the audition actually, and Jack Bender, one of the producers, asked me why, and I told him in the book this kid’s a skateboarder too. He said, ‘Great, we’ll see if we can write that in there for you.’

“That was really cool, because originally they didn’t have Ben as the skateboarder, but because of the research I did from the book, they put him on the skateboard. I got a kick out of that.

“It’s been very surreal almost the way things have gone.” 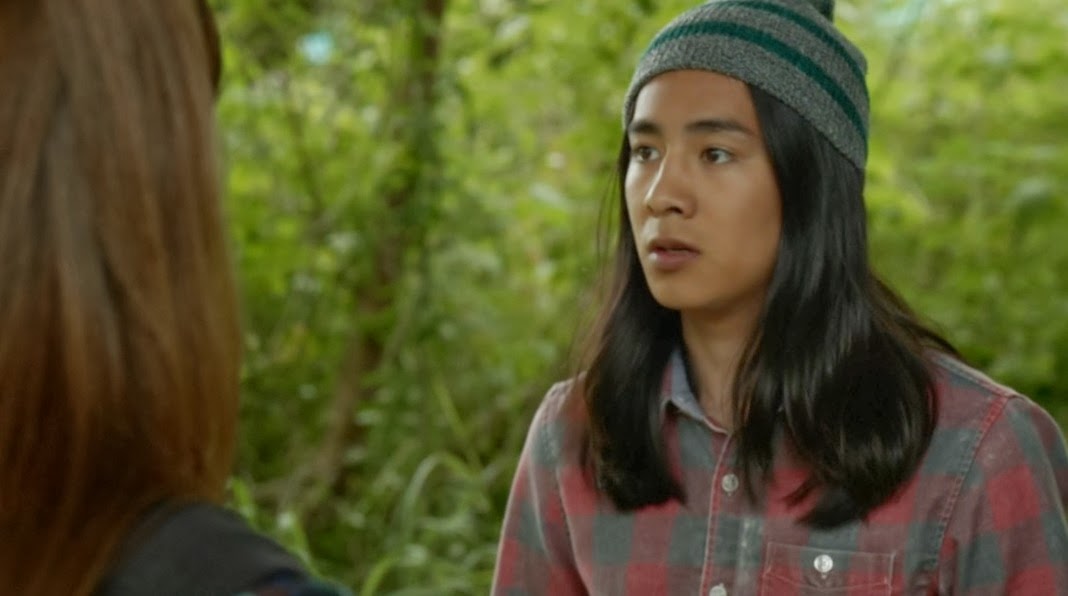 In every episode he’s in, Ben is given the best lines, providing some amount of levity amid the seriously messed up things happening throughout Chester’s Mill. We asked Elvis what his favorite line from Season 1 was, and he didn’t have to think long.

“’Dude, it’s the apocalypse. Advisories don’t apply.’” he said. “Or in Episode 2 when I spray paint the dome. ‘Dude, check it. I found a way out.’ Those two are probably tied so far for favorite line.”

In one brief but memorable scene during the first season, the character of Ben is actually seen riding his skateboard up the dome wall like a ramp, so of course we had to know how that was accomplished.

“It was a combination of a blue screen and an actual ramp,” John explained, “but they wouldn’t actually let me do the trick because of insurance reasons. They just pulled me aside and said, ‘We know you can do this, we just can’t let you get hurt.’ I was little bummed out about that, but I trust them. That’s why I’m not the boss.

“So I had a stunt double. I got to pick him out. It was really cool too, because for two hours leading up to that shot we had what was called a stunt coordination practice, or something like that. Basically me and this other guy had the park to ourselves, and that was really fun. I got to do everything except for the actual ride up the dome, so I was grateful for that. I had a lot of fun on that one.”

Despite the cast being so big and diverse, Elvis says he and his co-stars quickly became like family, bonding both on and off the set.

“Most of my scenes are with Colin (Ford),” he said. “He’s actually a really cool guy. All the cast in general are like a very family group-type unit. We always go to each others’ houses for barbecues, we meet each other downtown for dinner, and we always like to have a good time together.

“I really like that we have such camaraderie that it shows on and off the screen. We all like to have a lot of fun.

“It’s been a blast. The whole production team’s really nice as well. They do a very good job at what they do. They’re on it, and they’re really nice people. They care about what they do, and that goes a long way with me. You can tell everybody cares.” 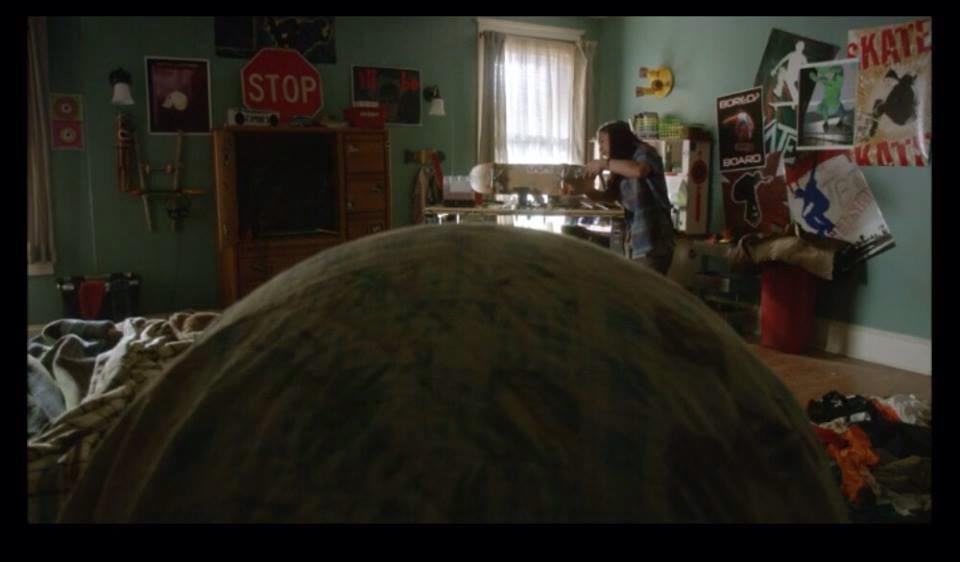 Elvis told us his biggest fanboy moment was his first encounter with the mastermind behind the Dome, Stephen King.

“I’ve had couple brief introductions with him,” John said. “He’s always been really pleasant. The first time I was very star struck and really did not know what I was doing. He was such a sweet guy and so nice. You wouldn’t expect that, from his books. He’s a really cool guy, just down to earth, and it was a breath of fresh air to learn that.”

John said he was in Wilmington for roughly six months last year throughout almost the entire production of Season 1. Thrilled to be back for the second season, he has fallen in love in more ways than one.

“I love Wilmington,” he told us. “I really do. In fact, I’m looking for other reasons to stay here a little longer. I love the beaches. I love the town itself. I love the small town feel. I have a very beautiful girlfriend I met over here. I love it here.

“It reminds me of my home. I grew up on the Texas coast and it reminds me very much of my hometown, except minus the green water.”

In addition to his girlfriend and the Dome, there’s the local surf punk band Hoodrat Hughes he formed last year in Wilmington, all of which Elvis says will keep him in the area in the future.

“I am reading scripts,” he said, “and I’m looking forward to hopefully maybe coming here for a few different projects.”

While he obviously could not spoil any big twists or turns to come, Elvis did confirm that Ben Drake will be back for the much anticipated second season of Under the Dome, though he can’t promise he will be the same as we remember.

John offered up one cryptic teaser regarding his character, stating, “He’s going to hopefully still be this sweet and innocent kid, but I can’t guarantee anything.”

Regardless of what the future holds for Ben Drake, life could not be better for John Elvis.

A smart young skateboarder with a dream, John’s not that different from Ben in many ways, including his carefree attitude toward to the very real possibility of his character ever being killed off on a show where no one is safe. After all, he’ll always have his skateboard.

“I was a skateboarder before I was an actor,” he says, “so I don’t foresee anytime soon that’s going to change, unless I destroy my kneecap or something.

“That’d be a horrible way to get killed off the show. It would be so punk rock though.”

Under the Dome Season 2 premieres at 10pm on Monday, June 30 on CBS.