Filmed in Wrightsville Beach and Wilmington, North Carolina in 2012, the romantic drama Stuck in Love, starring Greg Kinnear, Lily Collins, and Kristen Bell, arrived on Blu-ray, DVD, and Video on Demand this week.

Three years past his divorce, veteran novelist Bill Borgens (Academy Award nominee Greg Kinnear) can’t stop obsessing over, let alone spying on, his ex-wife Erica (Academy Award winner Jennifer Connelly), who ignominiously left him for another man. Even as his neighbor-with-benefits, Tricia (Kristen Bell, House of Lies), tries to push him back into the dating pool, he remains blind to anyone else¹s charms.

Meanwhile, his fiercely independent collegiate daughter Samantha (Lily Collins, Mirror Mirror) is publishing her first novel while recoiling at the very thought of first love with a diehard romantic (Logan Lerman, The Perks of Being a Wallflower); and his teen son Rusty (Nat Wolff, Peace Love and Misunderstanding) is trying to find his voice, both as a fantasy writer and as the unexpected boyfriend of a dream girl with unsettlingly real problems.

As each of these situations mounts into a tangled trio of romantic holiday crises, it brings the Borgens to surprising revelations about how endings become beginnings.

Stuck In Love (formerly Writers) was written by and marks the directorial debut of Virginia Beach, Virginia native Josh Boone.

Author Stephen King also makes a cameo appearance as himself.

Stuck in Love is available now in a Blu-ray and DVD Combo Pack and various Video on Demand platforms.

You can watch the official trailer in the player below! 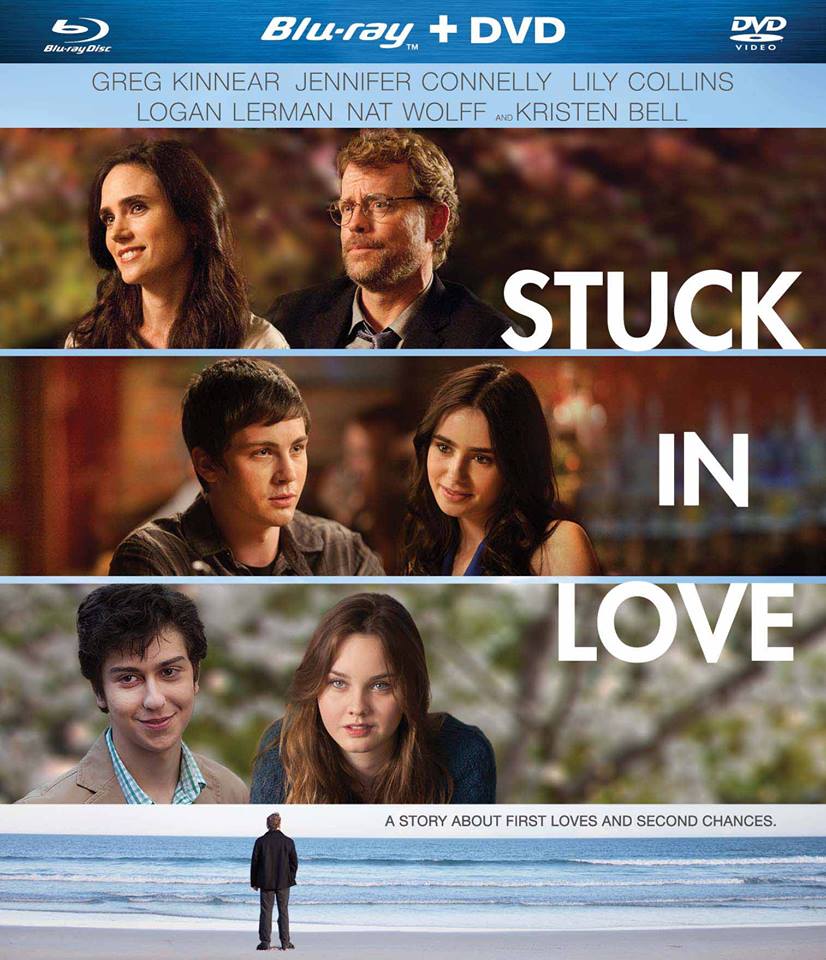